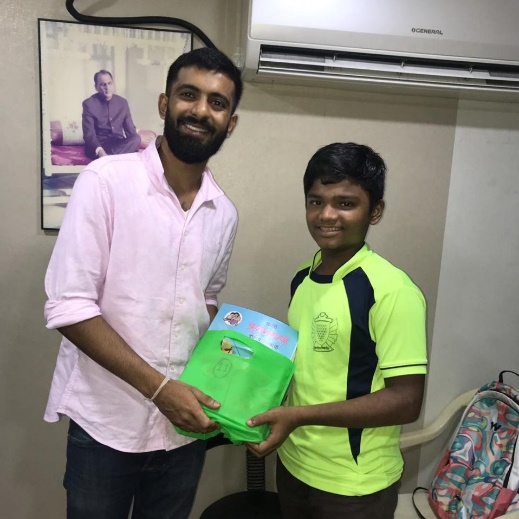 Arjun Dattaji Meghe is a humanitarian, politician, businessman and social activist from Mumbai, Maharashtra. Juggling several roles at once, Arjun has been active in business and politics for the past four years with numerous endeavours that aim to improve and uplift the lives of all members of the local community. He is the son of seasoned politician and veteran statesman Shri Dattaji Meghe. He was born and brought up in Mumbai, Maharashtra and split his time between his hometown of Nagpur and residence in Mumbai while growing up. Schooled at one of the finest schooling institutions, Bombay Scottish High School, he completed his ICSE examinations in 2010. He continued his education in Mithibai College and passed his HSC examinations in 2012. Arjun continued his further studies in the United Kingdom, attending City University for a foundation course, Brunel University for business management and also pursued a BA degree from the University of Mumbai.

Arjun embarked on his business career by co-founding a media solutions company called India Film Factory. He was actively involved in the operations and helped grow the company through client acquisitions. The company has worked with premier business houses of India including Datta Meghe Institutions, ICICI Bank and Global Citizen Festival.

Litcabs was co-founded by Arjun Meghe in 2019 with the aim of transforming OOH media and advertising. The company sells ad space and solutions, via mounted displays on black and yellow taxi cabs of Mumbai. He worked with the Transport Commissioner of Maharastra, Transport Minister of Maharastra, Joint Commissioner of Police [Traffic] of Maharastra as well as the MCGM and the regional transport office for getting permissions passed as its a new concept. The company now has more than 300 taxis and services clients like the Future Group, Organic Riot, Loktantra amongst others.

Arjun serves as the trustee of the SVSS Education Trust, based in Nagpur. SVSS is an educational trust consisting of two schools(CBSE and SSC) and one engineering college in the Hinga district of Nagpur. The trust has more than 3000 students studying currently. As a trustee he has initiated various new administrative systems in the schools and college for higher efficiency and better education to the students.

Arjun was appointed Secretary of the Maharastra Unit of the Bhartiya Janta Yuva Morcha on February 21st 2019. As Secretary, he has been instrumental in understanding and reforming youth participation in politics and social development. He has lent his support and efforts to two election campaigns till date.